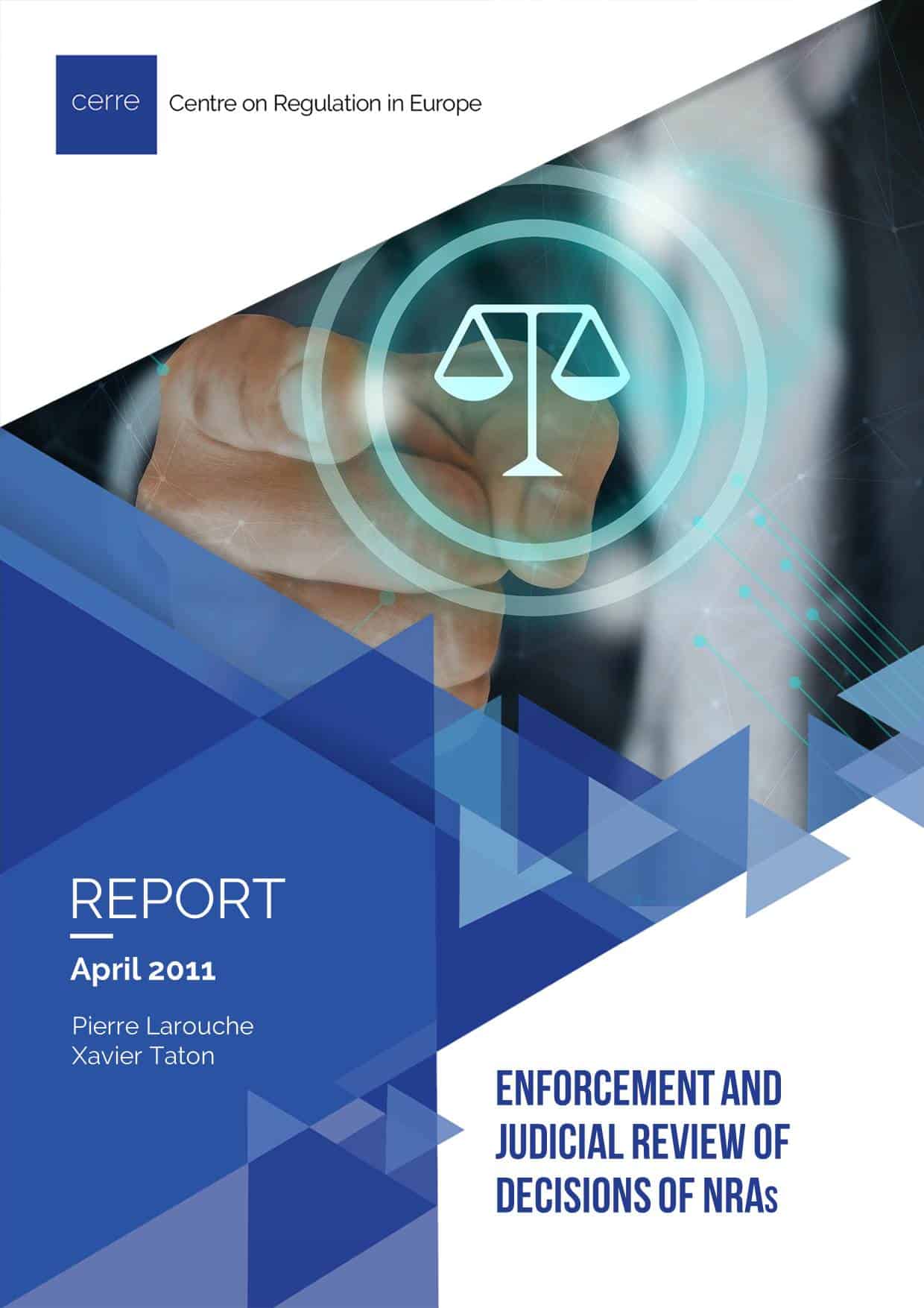 Enforcement and judicial review of decisions of NRAs

While much attention is given at EU level to the design and operation of National Regulatory Authorities (NRAs), the enforcement and review of NRA decisions has been largely left to the Member States to organise.

With this report, CERRE provides a comprehensive examination of Member State law and practice regarding the enforcement and review of NRA decisions. This report is based on a study of energy, electronic communications and rail regulation in Belgium, France, Germany, the Netherlands and the UK. We review EU and Member State legislation, and the case law of national review courts. We make recommendations based on the best practices we identified.

In general, we found that that the harmonization of substantive law at EU level seems to exert a greater influence on Member State law and practice than the diversity of national procedural laws. Accordingly, the degree of divergence between the Member States under study is more limited than one might have expected at first sight. Furthermore, it is also apparent that Member States have by and large taken a horizontal approach to the design of enforcement and review regimes since, for any Member State, we observed that the solutions tend to converge as between sectors.

Against that background, we studied 12 key issues. From our study, the following recommendations emerge as to the best practices for the enforcement and review of NRA decisions.

Scope of review. Review courts should be entitled to review all factual, legal and policy issues, as long as the parties to the case brought these issues before the court.

It must be underlined that these questions are interrelated so that for instance the risks linked with not giving retroactive effect to the remedies granted by the review court would be minimized by a shorter duration of review proceedings.

Ultimately, even when the regime of enforcement and review of NRA decisions is optimally designed and operated, this is but one of the elements which contributes to the success of regulation. Other measures can be taken to increase the quality of NRA decisions ex-ante (better procedures before the NRA, adequate resources, etc.), so as to reduce the need for review and thereby procure even greater improvements in the effectiveness of regulation.

REPORT | Enforcement and judicial review of decisions of NRAs

Prof. Pierre Larouche is a CERRE Honorary Academic  Co-Director. He is Professor of Competition Law at Tilburg University and Vice Director of the Tilburg Law and Economics Center (TILEC), as well as Professor at the College of Europe (Bruges) and at the Institut d’Etudes Politiques (Paris).

Before starting his academic career in 1996 at the University of Maastricht, he clerked at the Supreme Court of Canada in 1991-1992 and practised law for three years in the European Community law unit of Stibbe Simont Monahan Duhot in Brussels.

Code of conduct & best practices for the setup, operations and procedure of regulatory authorities
7 May 2014

Regulatory stability and the challenges of re-regulating
4 February 2013

Thank you for your interest in our activities!
You should receive a confirmation link in your mailbox.